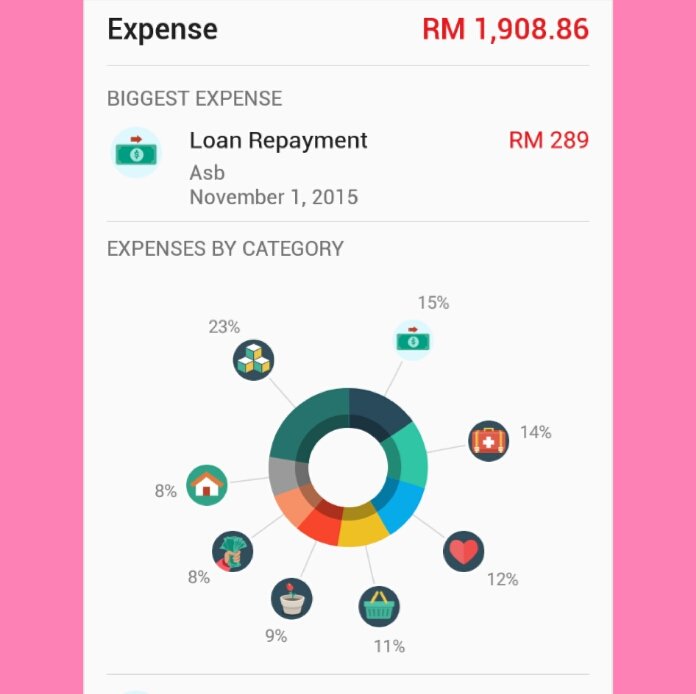 November 2015 felt like 3 months. I had so much time. It was such a luxurious feeling, even if it was tinged with homesickness.

I spent less than RM2k, which is pretty rare. That even includes some furniture shopping, new gym fee, pet costs, and some leftover utilities bills from last month. Lower cost of living in Ipoh FTW. If I was still living in KL, I would have been hit by LRT increase, toll increase, rental increase, among a bazilion other things. I would have been making more money at work, but even with the raise, it wouldn’t be enough to counter the rising cost of living, no doubt about it.

This is why I’m such a big advocate on trimming your expenses. You can grow your income but if you can’t keep up with the spending, its time to take a step back and reevaluate what you value in life and cut back everything else. 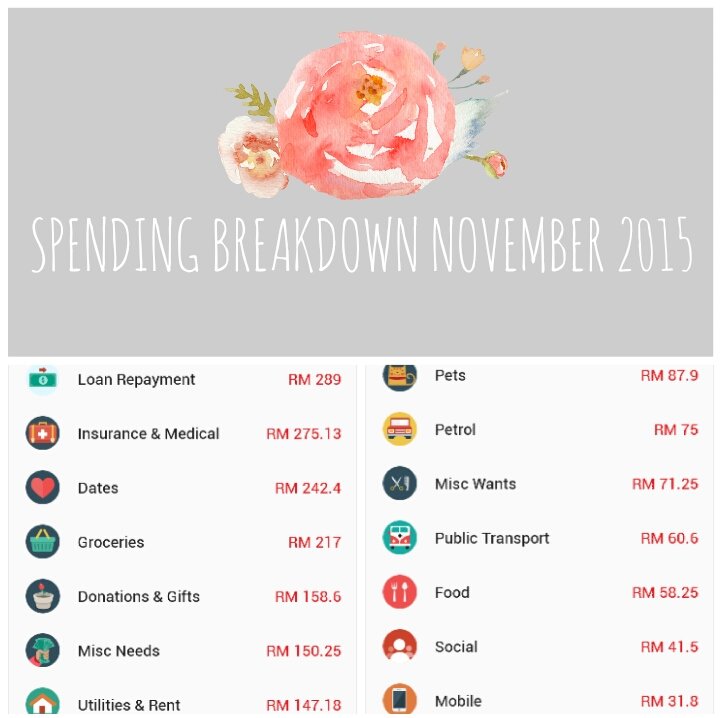 Yay of the month:

Nay of the month:

Things to look forward to:

Edit: I am using an expense-tracker app called Money Lover. I’ve used a lot of apps and this is the best one by far. It’s a Vietnamese startup and was one of top contenders during MaGIC ASEAN Track Demo Day 2015  – support your ASEAN buddies!

Support a content creator, share this article :)Welcome to another edition of my monthly budget updates, where I break…

Support a content creator, share this article :)Welcome to another edition of my monthly budget updates, where I break…

Support a content creator, share this article 🙂 Budget Update: February 2019 Your girl got her mojo back.  For…