Today, I reached a milestone! RM10,000 in Bitcoins. This is the second investment I made after ASB (aka genetic lottery due to being technically Malay) that I hold more than RM10k in one investment vehicle.

In a previous post, I wrote about the 4 things I learned about buying Bitcoins in Malaysia.

Today I’m going to talk about why I personally invest in it. 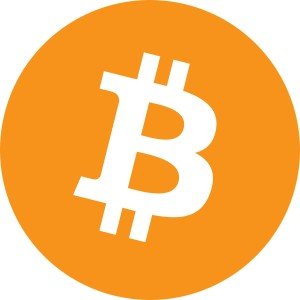 Generic disclaimer: This post is my personal opinion and cannot be taken as a financial advice. This post is only one perspective out of many.

Reason #1: I wanted to change most of my RM into another currency anyway

I believe that RM will continue to depreciate.

Malaysia’s revenue is highly dependent on oil prices. And our best friend, Saudi (sarcasm) refuse to cut down their oil production because they plan to kill off their competitors. It’s mainly their fault that the oil price is so shit right now. But don’t take my word on it – Vox does a better job in explaining why the prices keep going down.

So just to prevent my RM from having less worth, it is in my best interest to convert it into another currency, preferably one with potential to grow.

Bitcoin has lots of potential to grow 🙂

Reason #2: I am open to being an economic migrant

In other words, I am seriously contemplating to migrate to another country.

With that possibility in my future, I want the least hassle to bring my money with me when I migrate. I wanted money that is liquid and easy to transfer without crazy bank fees. Guess what? Sending money via Bitcoin (or other cryptocurrency) is cheap and instant.

No bank is taking % out of my hard-earned money, thank you very much.

Reason #3: I have many reasons to believe that the Bitcoin price will continue its bullish trend for medium term

Among my reasons to believe the Bitcoin price will continue its upwards trend: (1) more businesses are accepting it, (2) the halving is due around July 2016 (simple demand > supply situation), and (3) opening of India market via Zebpay (only the second largest population in the world… which uses a lot of remittance services).

To have a more comprehensive view, I suggest you read Laura Shin’s ‘should you invest in Bitcoin’ pieces – 10 arguments in favour and 10 arguments against Bitcoin.

I find the Bitcoin community to be incredibly loyal, to the point of cult-ish (I’m slowly becoming the same). They are also welcoming and helpful to newbies.

I also like the fact that many Bitcoin enthusiasts are young – they make me feel like I belong. This is in stark contrast to my effort in gold investment last time. Whenever I asked for advice, I get talked down by (who I assume are) old men. When I asked questions, I got a lot of ‘go and read up on it’, which was incredibly demotivating.

The Bitcoin community in Malaysia is also very welcoming. I like them a lot. Although for full disclosure I did talk to a dude who was like, ‘oh its easier to talk about investing to a man rather than a woman’.

Whatever. More women than men go to college. Percentage-wise, you’re eliminating your option to converse with a lot of college-educated people if you continue that view *smile*.

Reason #5: I find the Bitcoin technical analysis to be highly fascinating

Technical analysis (which I covered in my Forex guide here) is kinda sorta applied math for supply/demand prediction. As someone interested in consumer buying/spending patterns, I love reading about Bitcoin price predictions.

Remember, Bitcoin has no value in itself. Like gold, it only has value because people assign value to it. Technical analysis offers a sorta-explaination on why the price goes up or down.

Don’t take technical analysis too seriously. No one really knows for sure why prices go up or down, because Bitcoin is decentralised. People can only make educated guesses to explain price movements. Something might be going on in China, or Venezuela, or US, who knows. But it’s fun to keep up with the news.

(Decentralised means that no one country/bank have power over it)

Confession: Being a woman in the male-dominated world of financial tech feels pretty fucking awesome.

FinTech = financial technology. Women makes the minority in both the financial world AND the technology world, so we make a relatively small number in financial technology. This phenomenon is not unnoticed – people have commented about the lack of women in this niche. There is already a movement to bring in more women and girls into FinTech.

So yup hollaaaaa Asian woman here reporting for duty! Are you also into FinTech? I’m hungry for discussions!

Those are the reasons I invest in Bitcoins. Questions? Ask me anything 🙂

On 12 January 2019, I attended an investment event organised by multi-award winning Kenanga Group. The name intrigued me right…

In my previous sponsored post about retirement, I talked about the importance of saving up for retirement, because the…

My relationship with Islam the religion may be complicated, but I’m ALL for Islamic finance. During Securities Commissions Malaysia’s…