When I typed in ‘make money in Malaysia’, Google presented me with 570 million results.

So it’s obvious that many of you are interested in this topic. Many articles will give you good suggestions on how to make money – some gave part-time ideas, some gave side income ideas (what you can try), some gave ways to make money online, etcetera.

But none of them tells you what one person has tried in their personal capacity.

Here’s my attempt to do just that. Here’s everything I’ve ever done to make money in Malaysia (and beyond), from my childhood to now adulthood.

1. Plucked my parents’ white hairs. Hahahha classic small kids job right? They offered 10 sen per hair, what’s the rate you got? Sometimes they paid up, sometimes they kept quiet hahaha MOM I REMEMBER.

2. Fasted during Ramadan. During primary school age. I don’t know about you, but my siblings and I got RM1 per day per parent for every day we completed. If we complete the full term, we get RM50 per parent!

3. Sold candies in school. I was 7 or 8 years old. My dad gave me this bag of tiny candies and I sold them to my classmates. They loved them – my baju kurung pocket filled up pretty quick! I made a few ringgits, which is a huge sum at that age!

4. Sold CD and DVD boxsets. During high school and college time. Remember when CD and DVD boxsets were a thing back in early 2000s? There were shops specialising in them, ranging from American tv shows to anime to Japanese dramas to everything else. I’d save up my Raya money to buy them, then sold off the ones I no longer want on Lowyat forum.

5. Sold books, mangas and comics. Also during high school and college time. Kinda regret selling off my whole Archies collection tbh. I had over 100 of them.

6. Sold gaming consoles. During college. My proudest moment was when I managed to buy a secondhand Wii for a great price, played the heck out of it, then sold it off for a higher price.

My least proudest moment was when I mailed my PSP to a scammer. Learned a great lesson when the money never arrived. That’s why, until now, I refuse to deliver anything UNTIL I get the money.

7. Worked odd jobs. During college. Did a few things, all from part-time job platforms and sometimes referred from friends. I remember working as a booth attendant for a herbal soap brand from Taiwan, gave away free Salonpas samples at Guardian pharmacy in Pavilion KL, and stood around as one of the ‘door girls’ during some company’s annual dinner.

Payment ranged from RM80-RM120+ per day – great for pocket money during college time.

8. Worked as a telemarketer. Before uni started. I was looking for short-term job to make money while waiting for college, and was hired to work at this outsourcing company in KL for 3 months. My job was to sell insurance policies over the phone. The more I sell, the more commissions I’d get.

It was hard in the beginning – I didn’t close any sales until a couple of weeks in. But as soon as I got the hang of it, I consistently sold at least one policy per day. I made around RM10k during the time. Related: Telemarketer sales tactics you should know (by an ex-telemarketer)

9. Sold sushi. Well, technically my teammates and I did this to fund our club activities (I was in Japan Club). We made some homemade sushi, set up our booth and sold them to other students.

10. Attended focus groups. They’re hard to get (you have to fit their requirements AND adjust your schedule to their sessions), but they pay very well. I’ve done a couple and received minimum RM200 after a few hours of answering questions.

11. Worked as a waitress. During uni. I’m glad I had this experience, because it taught me to be respectful to the service staff. I also learned how to pop open a champagne bottle and how to hold three dinner plates in one hand.

12. Did house sitting. I was in Australia, doing some HelpX (that work-in-exchange-for-food-and-accommodation-thing), and coincidentally my hosts had to leave for a couple of nights so would I kindly take care of the house while they’re away? They were kind, and I really didn’t mind, but they ended up paying me anyway.

13. Worked two jobs WHILE studying. During Masters. I worked at an international school during the day, then as a student DJ at Putra.fm a couple of times a week. Tough? Yeah. Made it? Hell yeah.

14. Tried to sell baked goods on Mudah. During Masters. I wrote one ad, offering baked goods catering services but didn’t get any customers. Then I got that job at the international school so kind of abandoned the idea.

The funny thing is months later I got a few inquiries from potential customers. But by that point I was already crazy busy so I had to tell them I was no longer offering the service

15. Printed a bunch of posters to sell an MLM-structured education product. A classmate of mine during Masters invited me to a ‘business talk’, and told me all about this educational product which would ‘practically sell itself’. I admit I was interested (because they dangled the income potential part real low), and intended to try it out.

I figured, you know, before I commit a few hundred RM to buy the products from my upline to re-sell them at a massive profit (that’s how MLMs work yo), let’s try and get some potential customers first. So I designed this simple poster and printed a few hundred copies.

I planned to spend a few evenings just inserting the flyers into peoples’ homes or distribute them near schools kot. In the end, I abandoned the idea partially due to laziness. My laziness saved me from MLMs hahahaha

I admit this was only possible because (1) I already had savings, mostly from the telemarketing job, and (2) it’s okay to wait for the right-paying job to come along, because I could still depend on my family for financial support.

18. Job-hopped a lot. If I wasn’t particularly happy at work, or felt stagnant, I would send out my resumes and try to find higher-paying jobs. I love all of my employers, but… I will put myself first, sorry.

19. Became a self-employed writer and communications consultant (See my Hire Me page). Disclaimer: I originally started doing this just to earn some money while still looking for a stable, full-time job, because that’s what I’m used to.  It was tough in the beginning, super tough, but thank goodness it worked out as a career path omg. Related: 11 things I learned about self-employment in Malaysia

20. Worked in a cryptocurrency startup. Remote work too. It was fun until it wasn’t. If you’re curious, I covered it in my A 2-Year Review on My Bitcoin Investment article.

21. Created a blog and monetised it. Here’s the exact steps how I earn money from blogging. I love exploring multiple income streams that I could generate via blogging. For example, I earn via Google Adsense (RM1k~ per month), sponsored posts (a few thousand RM per post per client), affiliate and referral income (a few hundred RM per month on average), and more.

22. Produced a theatre show. Did you know I produced a show in 2018? I’m hella proud that I managed to turn a profit despite being a first-time theatre producer ^_^ Here’s a pic during the time! 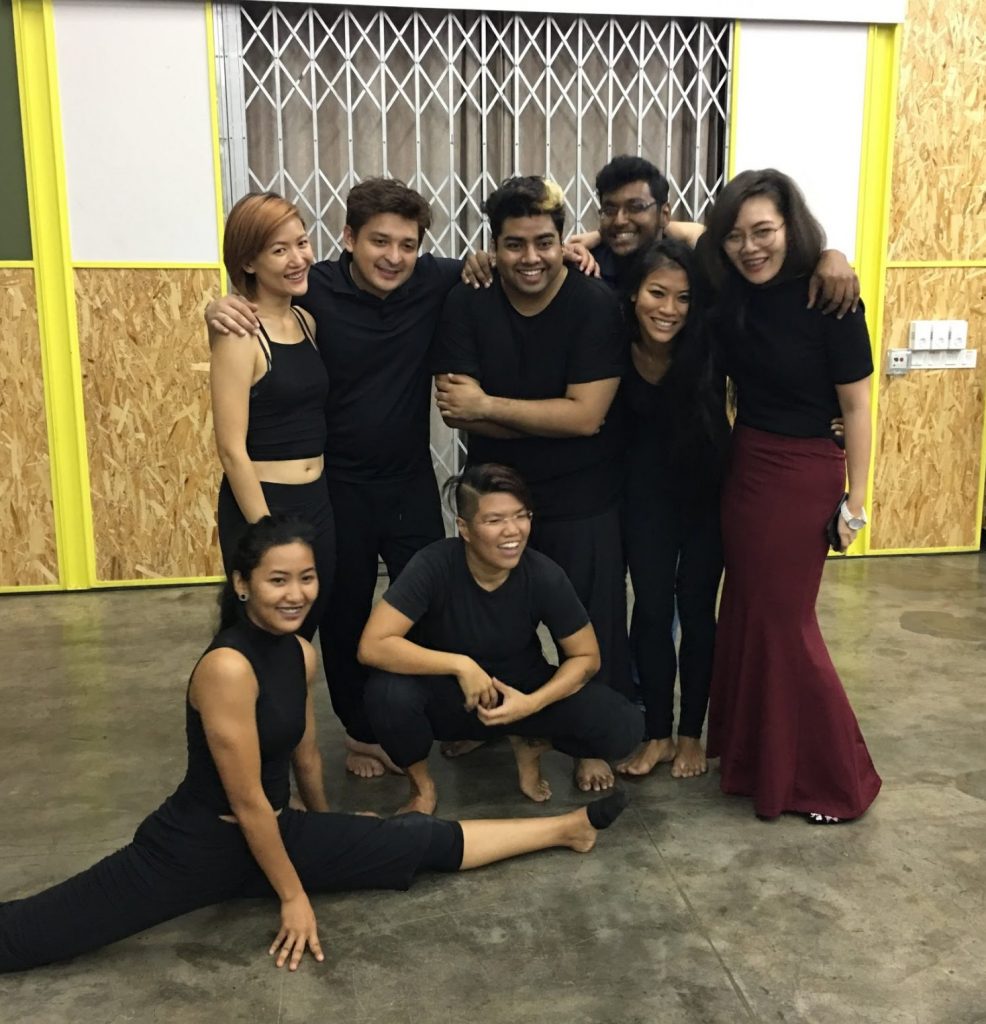 Take and send me pics when you get a copy – that would me super happy!

The above may seem like a lot of ways to make money in Malaysia, but honestly I think I missed a few, especially the ones which I kinda sorta dabbled in but didn’t really put any effort into (at one point, I applied but didn’t proceed with a Work and Travel programme to the US).

Regardless, writing this article has been a fun journey back into memory lane. I’ve forgotten a few of the jobs until now!

It was also interesting to note what I used to do at different stages of my life. I’ve lost money for some of them, but gained heck of an experience.

What kinds of jobs have you done? Any of them similar to mine? How did you make money at different stages of your life? Share with us in the comments 🙂

Support a content creator, share this article :)After being self-employed for a couple of years, I know a thing…

Support a content creator, share this article :)So you have an awesome business idea. And you want to pursue…

Support a content creator, share this article :)Hey everyone! I’ve decided to do a video reveal of all my…

Support a content creator, share this article :)Are you doing freelancing work in Malaysia? One of the questions I…