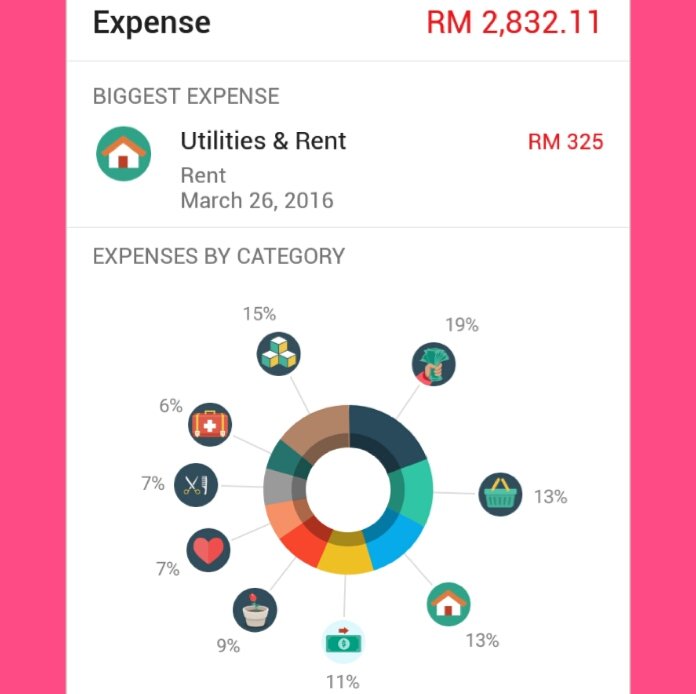 I don’t know why, but this post was hard to do. It wasn’t like March wasn’t a great month, because it was. I guess there was so many things, and my brain just wants to nope out of the task of organising itself out.

If I can describe March in a couple of words, it would be this – back on track. Almost exactly 6 months ago, I moved to Ipoh. It was a great learning curve. I tried to open a business – that failed. I tried looking for local jobs – salary sucks + not much opportunity in my field. I tried to reach out to my contacts and made a few calls to friends of friends. In one instance, I cold-called a contact given by my uncle – not technically but I practically grew up with him, he’s my father’s friend since his uni days, a really nice guy – and broke down crying at the end of that call because I felt so pathetic, like I was begging.

That was the lowest point, but what went down must come back up again, and it did. I became a freelance writer (related: read my guide on expenses and incomes of this trade). Now I make more that my old job’s salary, back in KL. And people have been approaching me for writing projects. I have a lot of opportunities, and even turned down low-paying jobs because I can.

Now I’m at that point where I feel like I’m back on track, life and career wise. It’s a good feeling. I’m very thankful. 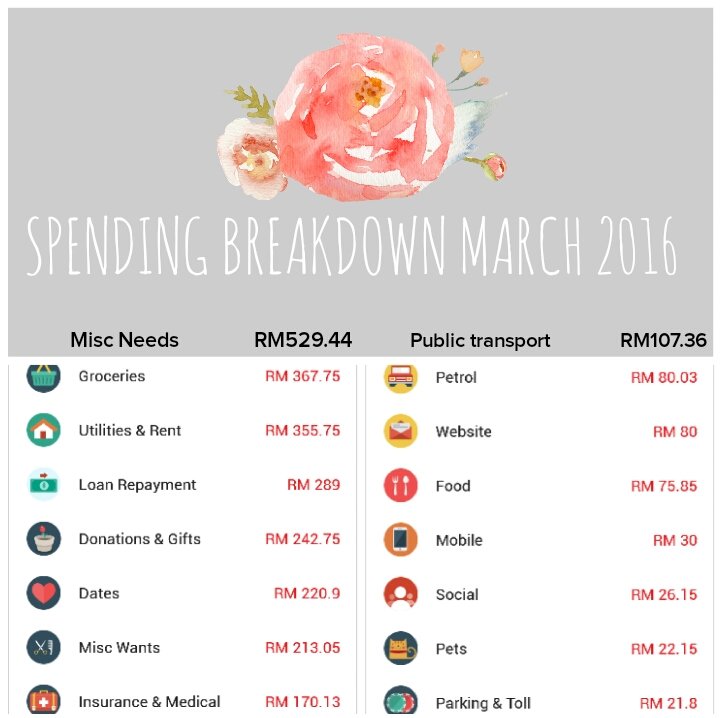 Yay of the Month:

Nay of the Month:

Things to Look Forward to:

Have a good April, you guys!

To read about my past monthly budget update, click here.

Before we start with this article, know this: there is SO MUCH abundance in this world. Money and opportunities…

It seems that a lot of people really liked my post on my grocery budget, specifically how I calculated…

If you’re into Malaysian stocks, you must have heard of Leigh from DividendMagic, the 28-year old financial blogger. Leigh’s…

Thoughts I’ve had while considering, purchasing, and getting insurance in Malaysia. The idea of this post came from several…

3 Ways to Get A High Salary in Malaysia891 Total Shares

3 Investments Where I Lost All of My Money838 Total Shares

How to Avoid Islamic Inheritance Laws in Malaysia766 Total Shares

How to Avoid Polygamy in Malaysia: Add it in The Taklik724 Total Shares

19 Financial Education Initiatives in Malaysia You Should Know695 Total Shares

10 Ways to Retire, From Awesome to Depressing660 Total Shares