Correction: 7 concepts that I can think of *now*.

Sometimes, abstract concepts float around in my head, and once in a while I’d catch it with a metaphorical net and write it down in a jumble of intelligible notes, until I come across the exact literature that describes what the concept is.

The mind-blowing part comes from ‘oh wow, someone articulated this before, this is exactly it’ (slightly compounded if the writer already passed away, and I feel like I’m communicating with the dead), and my only hope here is to share it with you, in the hopes that these concepts appeared to you abstractly as well, and finally you know the name or term for it.

We learned the permission habit in school, all of us. We were rewarded for waiting for permissions and instructions.

It took me a while to realise that I could just *do something I want to do* instead of asking *if* I was allowed to do it. Obviously I’ll need to do my basic due diligence and apply a good dash of common sense, but wow this was a game changer.

After unlearning this habit, I felt much freer. When making a decision, I’ll push through every single ‘is it okay to…’ thoughts in my head, and tell myself back ‘why cannot’.

In short, I want to get used to thinking of the possibilities instead of the restrictions. I don’t want to let others dictate the limits of my abilities. What’s the point of having money, which is supposed to be freedom, if I have invisible shackles limiting my decisions?

Right is right, and wrong is wrong, right? Not really. There’s a bit of wrong in every right, and a bit of right in every wrong.

(Stay with me here)

This means… instead of thinking of the world as black and white, think of it as more to shades of grey. Everything has drawbacks, and you should know in what ways it is harmful.

Therefore, don’t be blindly loyal. To an investment. To a leader. To a political party. To a brand. To an ideology.

Drop ya pitchforks, let me expand on that.

I learned the concept of doublethink in George Orwell’s book, 1984. Here’s a definition:

And it is a necessary concept to understand, to just, Idk, make sense of the world and not go bat-shit crazy over its idiosyncrasies.

For example, I *have* to accept that there are violent and misogynistic aspects in my religion (by modern standards; this is a fact), AND choose to remain in it for its spiritual and communal benefits. Doublethink.

And I *have* to accept that capitalism in its purest form promotes the destruction of Earth and killing of humans, AND admit it is the most efficient form of economic system. Doublethink.

I’m ashamed to admit this, but young Suraya fantasised of marrying some Orang Puteh. I’ve consumed mostly Western content since a young age, so you’d understand how all these would have cemented the ‘West is Best’ narrative, right?

It is only after I learned about the history of other civilisations, that I found out that (1) hey, the East has all this amazing knowledge and culture too, and (2) why the hell are MY amazing culture are reduced to caricatures and negative stereotypes?

Therefore, while I’m still not perfect at this as I’m still unlearning the narrative of Western superiority, I have been more intentional to the person who said a particular fact or opinion. Are people praising her/him because they are (fair-skinned) Westerners, or is what they’re saying actually makes sense?

It’s sad when we overly glorify some white dude when he’s mediocre at best, and avoid our local talents and expertise. You and I know of some MNCs that hire Westerners in top management. In China, they even have a ‘rent a foreigner’ industry, where companies can give the ‘impression’ that they are a global company. 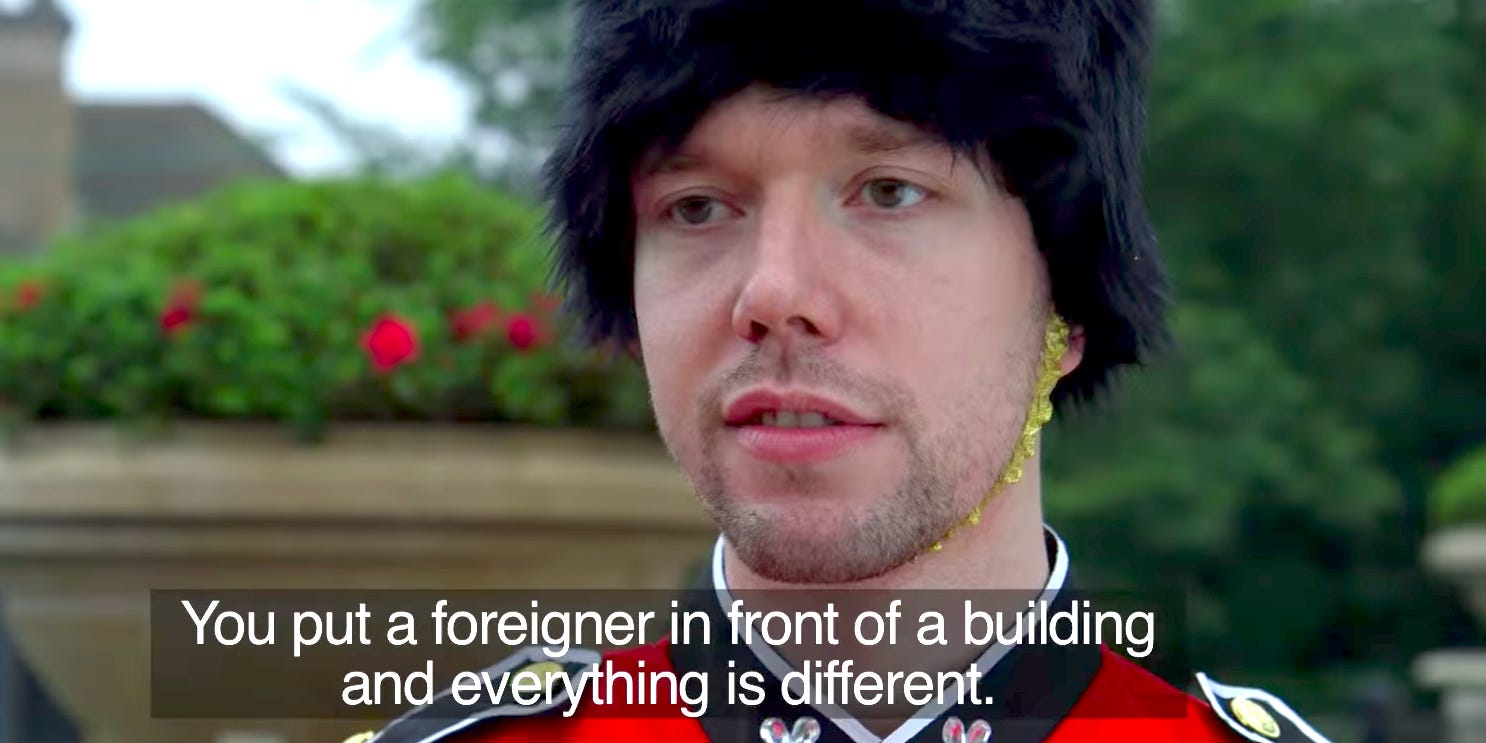 Closer to home, it is also sad when we benchmark ‘city-living’ as progress and shove it down the Orang Asal, who may benchmark their idea of progress to something completely different.

#5 – Care work is so freaking valuable

As long as tasks utilising ‘traditionally feminine’ skillsets are valued and compensated less in the workplace, and care work (housework, childcare and elderly care) is almost always the ‘woman’s job’ to sort out, gender wage gap will always exist.

One solution is to normalise paying fair rates for care work.

Don’t say mahal 🙂 this is the value of care work that people expect women do for free 🙂 https://t.co/vJEsLFOjZL

#6 – Self-determination vs the environment

Yes to self-determination, but the environment you’re in is pretty damn important too. The person living in poverty is more concerned with their next meal, rather than learning coding skills for 6 months so they could get a job. Let’s just be real and admit that rags-to-riches, against-all-odds Jack Ma-type situation is the exception, not the norm.

Pro-capitalists forget this. They’d say, if ONLY you work hard enough, you can do it too, it’s just a matter of how BADLY you want it. Failed? IT MUST MEAN YOU DON’T WANT IT BADLY ENOUGH.

Slap you one time. No critical thinking skills. Cannot think or empathise for other people, only think of themselves.

What I mean here is the tendency to delay good deeds to future, more abundant you, if or when that comes. It’s being stuck in the ‘only rich people can solve problems’ mindset. That’s toxic AF.

Also how confident am I that I’ll be the type of rich person that helps people? I know I can be stingy – I’ve scrolled past more donation calls in my social media timeline than I can count.

I AM GUILTY OF THIS. I am still unlearning this. Still working it out, but I love @sirennextdoor advice here.

Did any of the concepts above relate to you in any way? Which ones? What mind-blowing concepts did YOU learn recently? As always, share your thought in the comments section. I love reading your comments, they give me so much joy and new perspectives.

Lastly, some real talk. I hope that you like this aspect of personal finance too. I’m not just hoping for growth in my investment portfolio (although ngl that’ll be sweet), but also growth in mindset and as a person. Some of you have been following RoR for over 5 years – I can only *hope* I changed for the better, because it would suck if my development remained stagnant since then.

Until next time, xoxo

Related: [Personal] 5 Things I Learned in my 20s: Advice I’d Give to My Younger Self

FI/RE = Financial Independence/Retire Early. That’s the dream, isn’t it? Imagine waking up in the morning, thinking, eh, I…

“Wow, so lucky you do wedding planning during Covid-19. Can save cost!” Generally speaking, that’s true. Not denying the…

Welcome to my new website, take 2! Yep, it’s still about personal finance, my favorite subject. For those of…

Wow. 2020s is coming. It’s weird to be welcoming the year that is also used to signify ‘the future’,…

For the most part, I think I’m doing this financial thing right. I think. And then I look at…