I’ve written a couple of blogposts about Raya so far, namely:

But I’ve never written a post-Raya spending post-mortem, so that’s what I’m going to do. 2017 was my first Raya where money wasn’t an issue, so I was curious how it compared to previous Raya spending experiences. This is what I spent on this year.

This was a splurge purchase that ticked many feel-good boxes. It’s partly ‘eh why not I haven’t bought a new Raya outfit in years’, partly to finally own a normal-size baju raya (as opposed to plus size) and partly to support my sister’s business, especially after she just made a tiny human. (To everyone confused, a baby. She made a baby.)

It’s a practical outfit, too – can be mixed and matched with my existing wardrobe. Got the below in grey/blue. For second day of Hari Raya, I borrowed a regular top and skirt from my mum. RM0. It’s just to wear to the graveyard, the dead don’t want no fashion show. 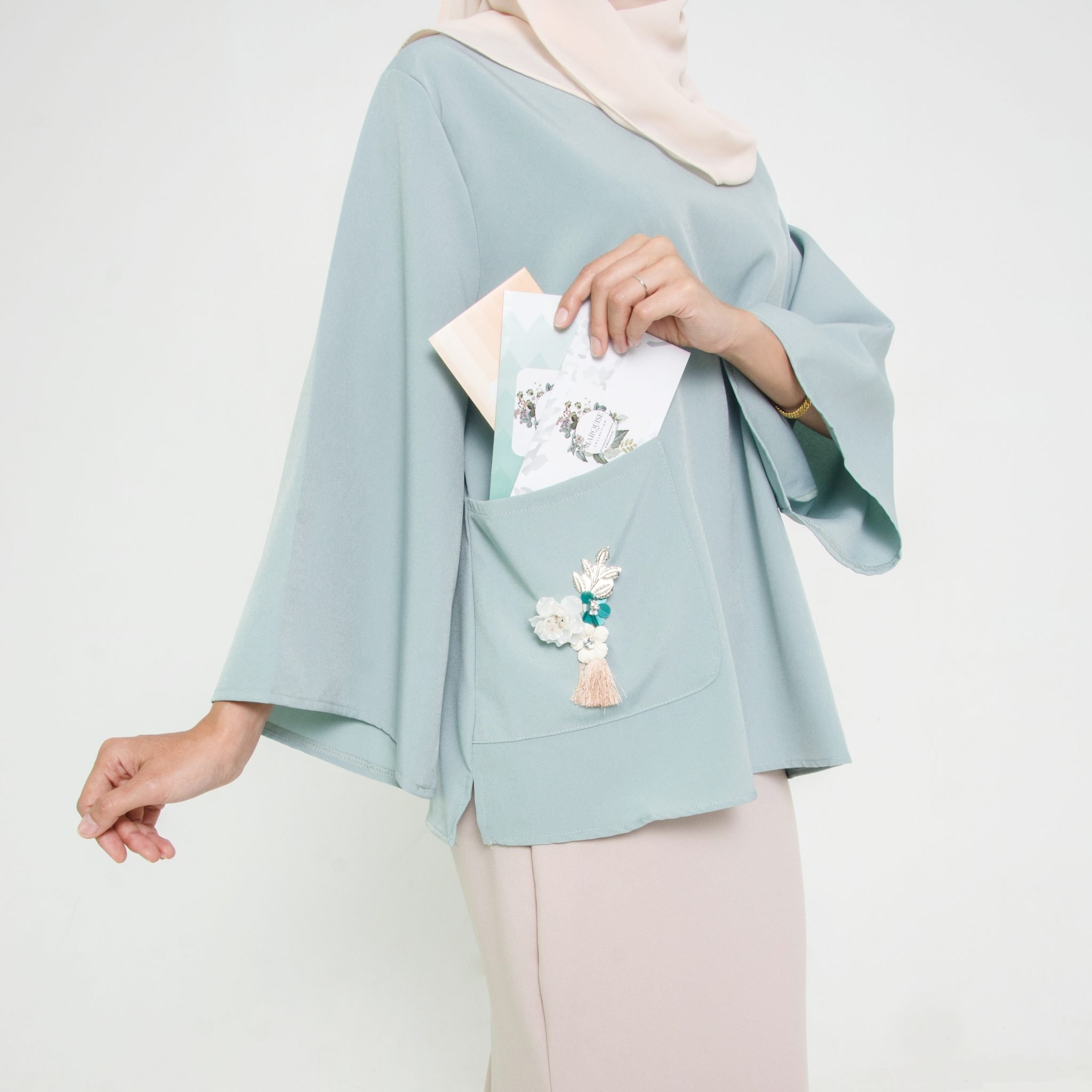 I still maintain that all this ‘it’s sunat to buy new Raya outfit every year’ is kinda bullshit and repeated to justify our consumerist culture. It’s OK if it’s the only new outfit you get all year, but for most of us, it’s not. The justification for this opinion is in this post:  My Raya 2016 Budget Checklist (What’s Yours?)

Siderant: During Raya, saw a TV show that glorified a local celebrity’s over-the-top baju raya spending. She got over 100 pairs! I mean, your money, do what you want and all, but I can’t help but to judge. I hated that it was promoted as her measure of success, it brings the wrong message. Idk, what do you guys think?

Set myself a budget of RM150 for Raya cookies. Ex-colleague sells pineapple tarts. Asked how much I can get for RM150. 4 boxes. Includes delivery. Done.

I gave duit raya to close family members, but the bulk of it went, to put simply, to people who took care of me and wiped my shit when I was a baby. I appreciate that, after my recent encounter with fresh baby shit. Wtf it’s so yellow why is it so yellow.

Duit raya has a subtle message, too, when given to people who took care of me. It says, Mum, look, I earn enough to take care of myself and you as well. I think that’s why it’s expected for Malay people to give out duit raya when they start working, regardless of marital status.

Found this gem of a comic strip from the HXSM page. Made me lol. For those celebrating Deepavali, don’t complain too much. This means you’re not obligated to give out money when you’re older as well!

Added because I bought them in Raya spirit. Can lah. Went 3 times – twice at the USJ4 one, once at the Shah Alam one. Both were great.

Contributed and topped up the Touch N Go card for the family carpool. The cost is low if compared to everyone else’s flight/train/bus/car rental costs.

Sidenote: Loved Uber and Grab’s many promotions during Ramadan. It was amazing.

For mom’s gardening fees and tip to that KFC Malay cashier guy worked on the second day of Hari Raya. He was friendly and helpful despite the long lines and big orders. People like that, with great work attitude, will go far.  I mean when was the last time your fast food cashier impressed you?

As compared to previous Raya spending, I notice that I’m beginning to value convenience a lot. For example, if baju raya or kuih raya didn’t include delivery, I’m not buying it. I didn’t have the motivation to go out of my way to get it.

With food, I mostly still cooked at home to save money. For bazaar food, I didn’t let much go to waste. The only thing I threw away after a few bites was the apam balik pandan pulut hitam, and only because I didn’t realise it was pandan flavouring. I mean I like pandan but hate pandan flavouring. The same way I like fresh peach but hate peach flavouring. You probably have this quirk too for other flavours. Don’t lie.

Well, that’s it for my raya spending post-mortem. How much did you spend for yours? Anything you wished you spent more/less on?

Support a content creator, share this article 🙂 One of my short-term goals is to throw, sell off or…

Support a content creator, share this article :)I grew up fat. Or as my family calls it, ‘sihat’. I…

Support a content creator, share this article :)“If you fail to plan, you plan to fail,” they say. I…

Support a content creator, share this article :)Look up any commentary or news piece about poor Malaysians and the…

Support a content creator, share this article :)I notice that these things happen to people who are good with…