This year for my birthday I gave myself the gift of travel. I went to Krabi, Thailand for 3 days 3 nights. Here’s how I spent my time there, and how much I spent for everything. Hope you’ll find the savings tips useful, for your own Krabi budget travel!

A week before – Booking flight and accommodation

A week before the trip, I was still deciding where to go. I contemplated Osaka, Kathmandu and Bali before settled on Krabi. The reason? Expedia’s last minute package was extremely good value for money.

I mean, flights and accommodations for 3 nights in a 4-star resort were a whopping… RM500. There were even packages going for RM300+! Chiang Mai was more or less the same price, so that’s another good budget travel option as well.

I like value for money more than I like cheap, so I took the nicer hotel. 10/10 would recommend! It was near enough to the beach and far enough from the noise and crowd.

Savings tip 2: We didn’t hire a car, but it would have been nice. If you’d like to book one, you can use DiscoverCarHire (note: affiliate link) – checked the rates, fairly affordable.

Savings tip 3: Use a cashback credit card. I used my credit card with 5% cashback for online payments.

Day 1 – Arrival to Krabi and going to Ao Nang

Travelled from Ipoh to KLIA2, hopped on the flight, and arrived in Krabi International Airport by 3pm local time. Took a bus to Ao Nang (150 baht),  checked in, oohed and aahed over the fancy amenities (Bath robes! Private verandah!), then went out for lunch at hawker stalls. Unlike my previous trips to Thailand (this was my 4th time), halal food in Krabi was easy to find 🙂

My friend wanted to go rock climbing at Railey, so we walked around the shops area to look for packages. We managed to get a half-day rock climbing package including boat fee and hotel pickup for 900 baht. Considering the boat ride itself costs at least 100 baht one-way, I think we got a good deal. Full-day rock climbing costs 1500 baht.

Savings tip 4: If you’re going to Krabi and unsure of where to stay (your options: Downtown Krabi, Ao Nang, Railey, and Koh Lanta), I suggest Ao Nang. It’s a good place to transit and (with the exception of Downtown Krabi), prices in stores are cheaper than the rest. For example, water, which you’ll drink a lot of. Water in Ao Nang is like 14 baht, while water in Railey is 30-40 baht. There’s also a lot more competition in Ao Nang – good for you.

Savings tip 5: If you stay at Ao Nang and want to go rock climbing, get a package from Ao Nang itself. The price for the same package is 1000 baht in Railey, and that does not include the boat rides. By the way, full-day rock climbing costs 1500 baht. It was a reputable shop, too. King’s Climbing or something.

Then we walked around on the beach, had dinner, had drinks, and on the way back to the hotel I got a feet massage for 250 baht.

Were picked up from the hotel at 8.30am and joined by another girl, Yanelle from Seattle. I kinda knew she was American because she was talkative (this time, in a good way). We were dropped off at a pier, and took a longboat to Railey West.

Guys. Ao Nang beach was beautiful, but Railey was spectacular. Beautiful, fine sandy beach. Tall, proud limestone cliffs. We chatted excitedly all the way to the shop, signed a waiver form, got fitted with shoes and harness, and our guide Han brought us to the rock climbing area. I was super excited! We were about to rock climb at Railey, one of the top rock climbing spots in the world! He said that the area is easy and suitable for beginners.

Well, he lied. Or at least, they really overestimated their beginners, because I’m an actual beginner and as nice as he was, I call bullshit on the ‘easy’ part. 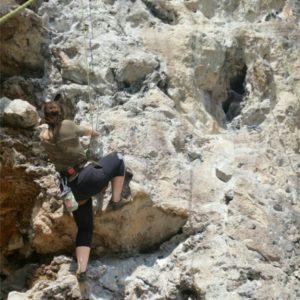 Within 5 minutes the picture above was taken, I tore a chunk of skin from my middle finger, and heavily bruised both my knees. I failed to reach the top. At least I tried. -_-

We were done by 11am ish. The boat back to Ao Nang was at 5.30pm. We decided to go to Tonsai. Railey Beach and Tonsai Beach was separated by a huge chunk of limestone, so you have to either get around it, or wade your way through it (high tide). Railey Beach (not pictured) is to the left of this pic. 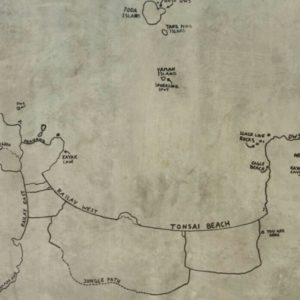 For those of you not in the know, Tonsai is where serious rock climbers go. It’s a dirtbag lifestyle (this is said with pride) – small, cheap shacks with only the bare necessities, no electric during the day (unless they have generators), showers optional, drugs consumed without judgement. I did not manage to ‘open my third eye’, but bring an extra 500 baht or so if you do want to. 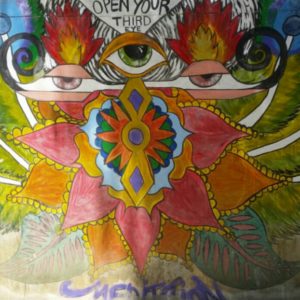 Somehow – and I didn’t realise this until it was too late – we took the long, jungle way in.  It was fun at first, but as we got to the hill part, it got un-fun real quick. We trekked for almost ah hour. It was the kind of adventure that you effing hate when you’re in the middle of it, but as soon as we arrived at the beach side and passed the walls of graffiti, I knew it was worth it. The walk along the graffiti-ed wall was great, I really enjoyed it. Lots of references to rock-climbing culture. 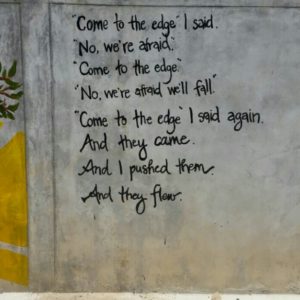 And the beach. The beach. Guys, Tonsai beach was even more beautiful than Railey. I could cry. 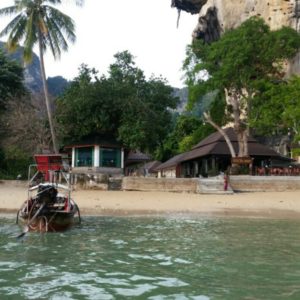 We sat at a bar (Freedom Bar, above) by the beach and watched some white people climb and swim and sunbathe nearby (while I rigorously applied more sunblock). My friend was excited over the permanent slacklines (one on sand, one in the sea). I swam and lost a hairband.

By 4pm-ish, we decided to go back to Railey. And this time, we took the actual shortcut, so it was only 10 minutes. My friend bought kebab for dinner (of all things) and I got some local snacks from a sweet old lady – boiled corn, boiled sweet potatoes, boiled peanuts, and a young mango with chilli salt – for a grand total of 80 baht.

By this time I was pooped. I wanted nothing more than to go back to the hotel, have a warm shower, and rest. Unfortunately, the storm came as we walked towards the pier for the return boat trip back to Ao Nang. I was dry when I got in the boat, and by the time we arrived (which I was legit thankful for, the sea was choppy), I was soaked again from the rain and seawater.

Noteworthy – this was the same night that KL roads got flooded after that huge thunderstorm. So yeah. Scary ride. There were some other girls in the same boat ride and let me tell you, they. were. not. happy.

Day 3 – Chilling out in Tonsai

Woke up SORE. Day 3 was my free and easy day, and instead of going for a massage or something sensible like that, I wanted to go back to Tonsai. I really, really liked the graffiti and the vibe in Tonsai in general. We briefly considered going snorkeling, but I brought my hammock along and dammit by hook or by crook I will use it on this trip. 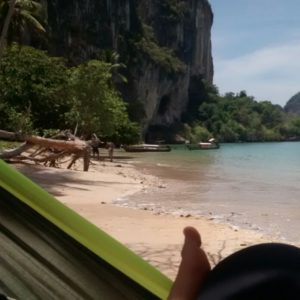 I got what I wanted: took pictures (this is big for someone who rarely takes pictures) and found a great spot for my hammock. I swear I had tears in my eyes as I took in the view, it felt perfect. I had so-bad-its-good snacks in my bag and that was lunch. It was a nice, chill day. 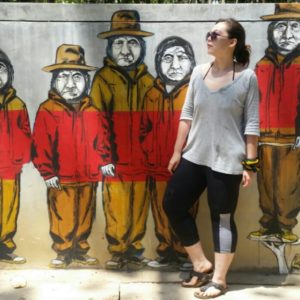 Until we had to go back to Ao Nang. It was low season, so aside from the two of us, there were no one else to share a boat with. Do you know how much it costs to take a 10-minute boat ride from Tonsai to Ao Nang, if there were 8 of us? 100 baht each. How much if just the two of us? 400 baht each. For bleeping bleep BLEEP’S sake, IT’S JUST A 10 MINUTES RIDE. Also, what?? This is like charging passengers double the ticket price if the bus is half-empty! Pricks.

In the end, we had no choice. We had to charter a whole boat to get back to Ao Nang beach, because we have to check out at 5am in the morning 🙁

Savings tip 6: If you find yourself stuck in Tonsai like me, don’t use the boats at the furthest end (where everyone tell you to go). Take the one in the middle instead. They’ll go down to 600 baht.

Day 4 – Ao Nang to Airport then back to Ipoh

Day 4 was mostly traveling back to Ipoh. Because I got a super early flight, we could not take the cheap bus to the airport and had to take a private taxi instead.

Savings tip 8: If you can help it, don’t take such an early flight. Early flight = no cheap bus.

How much did I spent, in total?

RM500 for flights and accommodation, plus 4000 baht for everything else. Breakdown below:

Want to know anything specific about traveling to Krabi on a budget? Ask in the comments 🙂 Liked this? Share it!

Support a content creator, share this article :)Did you know that the town of Luang Prabang is one of…

Support a content creator, share this article 🙂 I’ve never attended a music festival, and never been to Kuching,…

Support a content creator, share this article :)(Hint: It’s not AirAsia.com) ——— I am a budget-conscious traveler. If you…